Can We Really Fix Dysfunctional Teams? 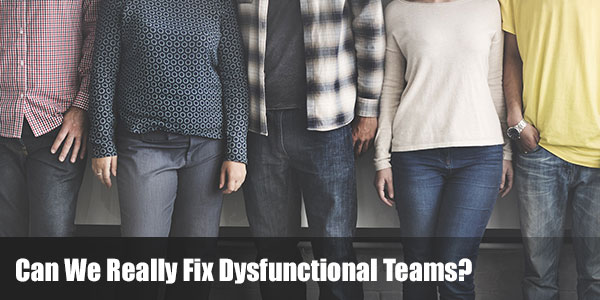 Organizations waste vast amounts of time, effort and money each year by failing to recognize or correct dysfunctional teams.

A PricewaterhouseCoopers study of 200 global companies across various sectors―involving more than 10,000 projects―found less than 3% successfully completed their plans. Similar research reveals 60%–70% project failure rates. In the United States alone, IT project failures cause estimated losses of up to $150 billion per year.

Dysfunctional teams cannot be blamed for all business failures, but they play a major role in unsuccessful projects and missed goals. In his acclaimed bestseller, organizational consultant Patrick Lencioni identifies The Five Dysfunctions of a Team:

Leaders must address these dysfunctions if their teams are to have any chance of success.

“The true measure of a team is that it accomplishes the results that it sets out to achieve. …It requires levels of courage and discipline―and emotional energy―that even the most driven executives don’t always possess.” ~ Patrick Lencioni, (Jossey-Bass, 2002)

Trust is the foundation for all human interactions and the key to a functional team. Lack of trust is the core dysfunction, the one that leads to all other problems.

Several group behaviors demonstrate distrust. Team members may have low confidence in others. They may fear that any sign of personal weakness could be used against them. Consequently, people are unwilling to be vulnerable, transparent or open when exchanging ideas or expressing their feelings. Those who avoid exposure to criticism resist asking for help and hesitate before offering it to others.

A lack of trust creates defensiveness in team members, notes leadership consultant Roger M. Schwarz in Smart Leaders, Smarter Teams (Jossey-Bass, 2013). Defensive team members feel the need to protect themselves, he explains in “Get a Dysfunctional Team Back On Track” (Harvard Business Review).

An absence of trust undermines the relationships team members need to work together successfully. Without trust, there’s insufficient communication, cooperation and participation. Leaders who want to rebuild trust can try the following strategies:

Lack of trust within a team easily leads to fear of conflict, confrontation, criticism and/or reprisal. When teammates and leaders are seen as potential threats, people adopt avoidance tactics. This sets up an artificial harmony that has no productive value. There is no true consensus, just a risk-preventing sentiment of “yes” feedback. True critique is avoided. Genuine solutions are not explored, and the team functions poorly.

As a leader, you must teach your team that discomfort is sometimes part of the job. People need to get used to feeling uncomfortable, to some degree. It’s part of doing business and a key dynamic among coworkers.

Conflict-resolution training can help you encourage productive debate without hurting feelings or wounding character. Trust grows, and difficult ideas can be processed to reach consensus on solutions. Once again, it’s up to you to set an example by developing this vital leadership skill.

It’s just as important to recognize when you and your team members are agreeing too quickly and to assess whether consensus is authentic. Teams often avoid discomfort by falling into “groupthink;” instead of debating solutions, members “go along just to get along.”

When teams lack trust and fear conflict, they’re likely to avoid commitment. We focus on self-preservation and maintaining amicable relationships. As we attempt to avoid confrontation, we stop listening to others’ concerns. Discussions become superficially polite.

Most people can sense when someone isn’t listening to their ideas or questions. This single dynamic―often subtle―will shut down team engagement and commitment, and tension continues to grow.

Teammates who are cut off or ignored feel left out. They’re less committed to team effort, so they’re unlikely to “get with the program.” It becomes difficult for a team to move forward amid stalled decisions or incomplete assignments. Enthusiasm for projects takes a nosedive, and confrontations become commonplace. Some members even stop caring about whether the team succeeds.

Lack of commitment also becomes a problem when you fail to convey clear goals or direction. People are left to wonder what they’re supposed to do, and the team’s success is no longer their top priority. They mentally check out and just start going through the motions.

You can reestablish commitment by prompting team members to ask questions. When you invite dialogue, teammates learn more about each other. They’ll see others’ intentions, attitudes, motives and mindsets more clearly, eliminating the need to guess or assume.

Successful team leaders solicit all opinions, positions and ideas, while affirming those who offer them. They make a point of considering all input, which conveys a sense of worthiness to team members.

When teams have clear plans and directions, members become infused with confidence and commitment. People want to be led in ways that assure success and fulfillment.

If you fail to reverse a lack of commitment, dysfunctions will intensify. Team members will lose their sense of accountability. If there’s little buy-in, there’s no desire to meet obligations, follow directions or help others. This is most common in environments where progress isn’t adequately assessed and definitive project schedules don’t exist.

When directions are unclear and roles are ill defined, people have less impetus to account for their performance or progress. In extreme cases, progress is not even possible. Lack of clarity has people confused, frustrated or apathetic. There can even be uncertainty as to who is on the team. Members may shift on or off, or have duties reversed, dropped or unspecified. People will have no sense of interdependency, and the team’s reason for existence is lost.

Activity tracking methods should clearly report which tasks are on time and which are late. Corrective action plans should make the necessary adjustments and redirect activities accordingly. Accountability can be restored under inclusive project management. People will want to avoid letting down their boss and each other.

Without team accountability, the criticality of group success is lost in the shuffle. Self-preservation and self-interest trump results in a climate of distrust and fear. Your inability to track results leaves you with no way to judge ongoing success or failure, progress or pitfalls. No one is praised for good results, and no one is corrected for the lack thereof. As this trail of dysfunction reaches its fatal end, it won’t be long before the team is disbanded.

This type of team scenario is logged as yet another failure. Leaders who allow this to happen may not be capable of learning from their mistakes, and their ability to prevent similar results in the future is severely compromised.

Effective project management methods must track progress toward intermediate and final goals. Affirm team members (and their interdependence) through their accomplishments and struggles. This draws them together and lets them know they’re valuable to the organization, team and, ultimately, themselves.

Working through issues and encouraging people to provide candid responses foster the discipline needed to reverse a trail of dysfunction. Your people will focus less on self-preservation and more on the group’s efforts to achieve common goals.

The process begins with trust. If you establish trust from the start, you’re on the road to minimizing dysfunctions. Even if your team is deeply entrenched in a project before trust is built, it’s not too late to assess functioning. Take advantage of continuing-education opportunities, leadership training and executive coaching to help prevent dysfunction pitfalls.

Team coaching is also recommended, as it teaches skills and tactics for contributing to organizational success, thereby reversing any longstanding trends of project failure.

Coach Notes is a bi-monthly electronic newsletter meant to inspire, educate and improve the overall well-being of your personal and professional health. And it's important to know that we do not sell or cross-market these lists with other entities under any circumstances.

Visit the sites of:
Joan Walsh and
David Herdlinger 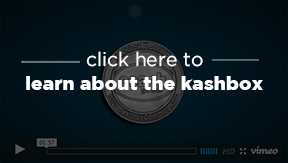